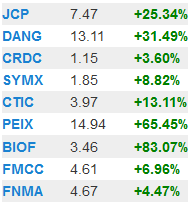 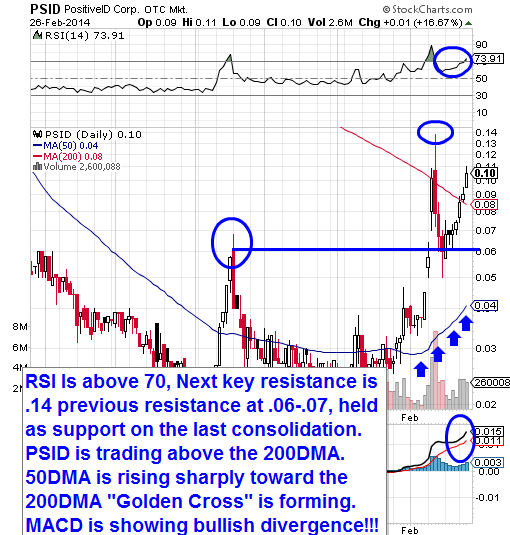 We sincerely hope that our readers caught yesterday morning’s report, and read all the way through to the Extended Watchlist where we included FRTD as new cannabis momentum play. The head of steam that the stock began to build on the heels of a recent series of PR’s regarding the company’s entry into the trendy cannabis sector led to continued advances during yesterday’s session.

FRTD is just the latest in the long line of companies we’ve seen take advantage of the hysterical nature of 2014’s “Green Rush”. While much of the initial fervor we witnessed in December and January has relaxed, don’t expect to stop hearing about this sector anytime soon. In fact, as more and more data comes in, we expect the marijuana business to grow exponentially as each state realizes the financial benefits and caves to economic pressure.

This hypothesis was reinforced by the January tax numbers from Pueblo Country, CO (where the substance is now completely legal) came in. See THIS ARTICLE, which shows that based on their January tax income from marijuana sales, the county stands to increase their annual bugdet by nearly 5%  Colorado is currently serving as an experimental template, and you can be sure that all across the nation, legislators and business people alike are watching intently.

In other news, US banks are quickly clearing hurdles in the way of providing services to pot-related business, and the general sentiment in Washington, is to let this all play out naturally. Even the current administration has made statements which set the table for widespread marijuana reform. Several legislators have petitioned the president to reclassify marijuana, a relatively harmless substance when considering the fact that it now shares a classification with heroin and similarly dangerous drugs.

While many obstacles remain to be navigated, the proverbial ball has begun rolling, and it seems now that there is little that can ultimately stand in the way of progress.

ERIE, PA, Feb 24, 2014 (Marketwired via COMTEX) — Fortitude Group, Inc. (OTC: FRTD) CEO Thomas J. Parilla is pleased to announce that on February 22, 2014, the Company executed a Master Agent Agreement with eViteXchange.com. Under the terms of the agreement, Fortitude will offer and facilitate closed-loop transaction processing to legal dispensaries in the medical marijuana industry as well as provide processing for entities in states that have legalized recreational marijuana sales.

Fortitude shall acquire from eViteXhange.com the URL’s 420banc.com and 420cashcard.com. Both domains will be used as a pre-paid platform allowing legal marijuana merchants customers to process purchase transactions using a debit card vs. cash. The private-label card will offer additional rewards and points to the card holders which can be custom designed to fit their individual likes and needs. Fortitude expects to derive approximately $155.00 annual profit per retail card user. The Company intends to launch on March 17, 2014.

Be sure to stay tuned to our reports, and/or check our blog at BlueHorseshoeStocks.com regularly. We’re continuously tracking the cannabis sector as a whole, and often add new plays just like FRTD to the list.