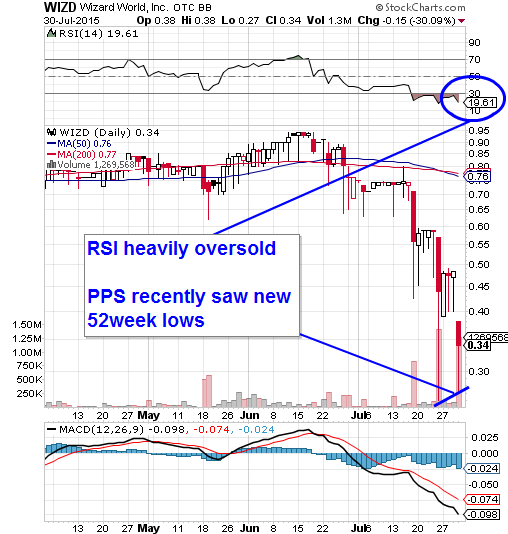 To start things off today we’ll be going over the continued success of our running options ideas for the week. During market conditions like the ones we’ve been seeing, oftentimes big gains from stocks can be fewer and farther between, so it’s nice to be able to fall back on options trading. Quarterly periods where earnings reports are dropping with the highest frequency really provides a lot of great chances for quick strike profits.

Ford Motor Co. (F) – Ford has been an excellent example of a massive gainer in a short span. We’ve been tracking F Weekly $14.50 and $15 Calls since Tuesday, at which time we observed lows of .18 and .02 respectively.  After the $14.50’s made huge gains possible for us that day, the $15’s joined in yesterday and both sets went haywire.

The $15’s traded in a massive range from .05-.32, giving daytraders a shot at gains of up to 540% on the session, and giving us yet another multi-bag call in what has been a landmark week for our options-trading ideas!
___

Following a recap of the two preceding plays in yesterday’s morning report, we presented a couple of fresh ideas and both of those ended up yielding significant opportunities as well:

MBHC has released a fresh PR this morning that we’ll suggest all our readers take a look at, as it pertains to the company’s ‘Whirld’ app  which, if everything remains in step with the timeline previously given by MBHC, is slated for official launch in mid-August.

Here’s a look at the current chart for MBHC on the snapshot below. The stock has managed to hold support off of the 50DMA amid recent consolidation, and we’ll be on the lookout for it to get its next leg up soon, especially with the app launch just a couple of short weeks away: 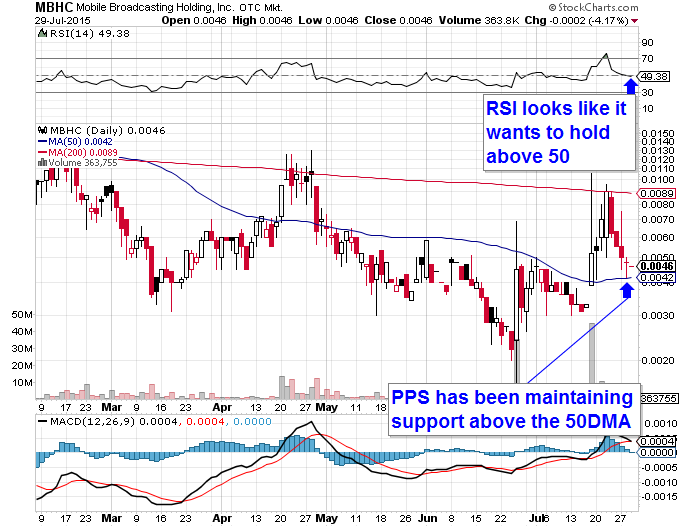