First thing this morning, we want to highlight the recent performance of URRE, which we slated for tracking in last Friday’s report. It has since made an appreciable move to the upside that is worthy of note.

We saw shares changing hands for as little as 1.62 before yesterday’s session carried the stock to a new high of 3.94, demonstrating a rise of 143% in just a few days’ time. Yesterday’s big push also came on record volume, to the tune of more than 25M shares traded.

It puts the stock in unprecedented territory in terms of momentum, so we’ll be very interested to watch the activity unfold from this point forward. We would have to surmise that a signifcant dip-and-rip could very likely take place at some point in the near future, so we’ll be looking to time that to our advantage.

Continuing along with our coverage of OWCP’s stellar performance this week, we have yet another new high to report this morning. We mentioned yesterday that the stock was trading at its highest prices since 2014, a fact which firmly designates OWCP as a Blue Sky Breakout play, and lo and behold, the breakout was destined to continue for yet another session.

The stock traded in a range from .26 to .41, an intraday pop of 58% which occurred on the highest volume in more than two months. The new high achieved pushed our already mind-melting observed range on the stock since our alert on September 29th, to an incredible 9011% in less than ten weeks!

Like the above-mentioned play, OWCP is now in uncharted waters, trading at its highest PPS levels of all time, and thus must be characterized as a Blue Sky Breakout, and treated as such.

Also coming out of yesterday’s premarket report to make quite a respectable intraday move was PMEA. This subpenny play traded in a range from .0008 to .0015 for a solid 87% move on the day.

Incidentally, it represented the third mention of the morning yesterday that would go on to set a new all-time high!

Lastly, we want to radar an unfamiliar stock in GALT this morning after noticing a ripening chart setup. We have included a snapshot below pointing out the various aspects that we find attractive.

We’re going to place GALT on watch in the days and weeks ahead. A filling of the highlighted gap on the chart and return to September pricing, from current levels, would be a move of more than 100% 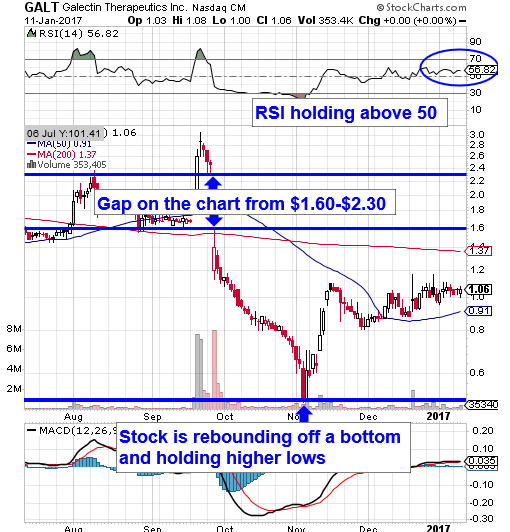 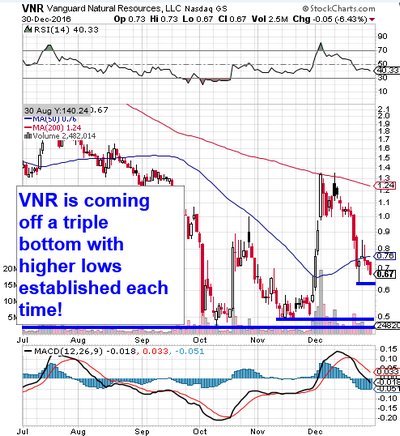 On Wednesday, we were mentioning ORRV, and how we’d seen it make a nice move after discussing it in our traders chat the day before. We hinted at the possibility of seeing further gains from this volatile mover, and yesterday provided a truly excellent opportunity to make some fast money, just as we’d hoped.

ORRV traded as low as .0005 in the morning before ripping its way to a daily high of .0022, which marks a single-session run of  340% so congratulations to anyone who noticed our alert and reaped the benefits.

Moving forward we’ll treat this play like any other that has been making solid strides to the upside, looking for it to maintain its uptrend with higher highs and higher lows.

NVidia Corp. NVDA – This has been 2016’s top performer on the S&P 500, and one that we’ve visited in our reports on occasion. Despite already being up over 200% on the year, we like the feel of the reversal that occurred yesterday after it previously had appeared that a downturn was setting up. Instead shares of NVDA pressed upward, and the stock is gapping up considerably in premarket trading today.

We’re going to focus upon the NVDA Weekly $112-115 Calls to try to turn a quick profit today.

Advanced Micro Devices, Inc. AMD – We also want to look at one of NVDA’s direct competitors, which has also been building momentum on the chart, in a general uptrend since the middle of October. Here we’re going to want to monitor the activity in the AMD Weekly $11-12 Calls.
_____

CAUTION: Never trade weekly options contracts on a Friday if you aren’t an expert trader. These are high-risk/high-reward style plays that are not for the faint of heart, or the inexperienced!