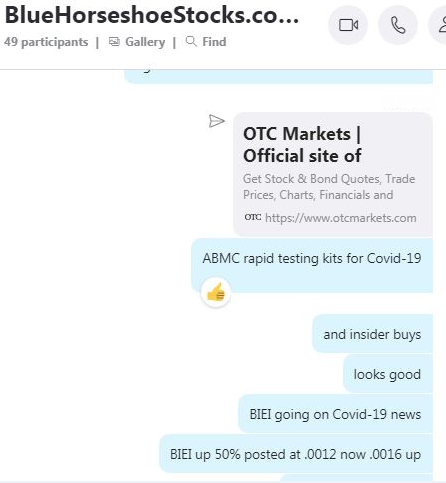 We enjoyed a spectacular session on Friday, with quite a few of the stocks we flagged in our premarket report posting impressive intraday gains.

Chief among the big movers we were tracking was CAPV, which made an epic run from subpenny territory well into pennyland on more than 25-times its average monthly volume.

The stock broke out from an early low of .006 to touch .028, a hearty 324% swing. CAPV also managed to maintain more than 50% of its daily advance, and coupled with the level of volume we’ve witnessed, we’ll need to keep a spot on our radar screens reserved for this play for the possibility of a momentum carryover.

Speaking of momentum movers, we began tracking CDNL closely starting with our morning report on Tuesday, after which time we observed a low of .0057. Subsequent to that, the stock has pressed higher in each of the ensuing four sessions leading up to a massive new high on Friday.

From a daily low of .015 it surged to a high of .0245, marking a 63% intraday rip, and an overall swing of 330% above our observed low on Tuesday. CDNL also closed with strength at .023 and thus will remain on our watchlist for the time being.

Additionally, we included BWMG on Friday’s Extended Watchlist, and were rewarded with a heck of a daily swing from this subpenny stock.

Now, we’ll take an opportunity to review Friday’s action in a couple of options ideas that we identified on Wednesday as being high-potential, provided HD could continue its bullish push. The Weekly $127 and $128 Calls were our proposed targets, and the nice move HD itself made on Friday facilitated some huge chances for gain in our targeted contracts.

We’ve actually had higher one-day percentage gains from a few other options ideas we’ve formulated this year, but this will certainly go down in the books as one of the biggest.

We also took notice of TERP after it had a big late-day run on Friday, followed by some after-hours Form-4 filings. We’re going to signal this one as a potential extended-term recovery play. We’ll need to see it continue to establish higher levels of support off of the new 52-week lows it registered on Thursday.

CDNL is a stock that we’ve had on our radar since last month, and over the past several sessions it has built itself a heck of a chart, registering higher lows on each of the past six trading days.

We reminded our readers of our interest in CDNL again this week, re-mentioning it on Tuesday, and in the three-session span since that reminder went out, we’ve seen a 146% swing from .0057-.014. Based on a number of factors, we feel that there could be something left in the tank for this play, and we will continue to track its progress provided it can maintain support at or above the current 50DMA of .008 on any upcoming consolidations.

As we’ve highlighted on the following snapshot, the RSI on CDNL just breached into the power zone, while the MACD is giving off a bullish signal as well. 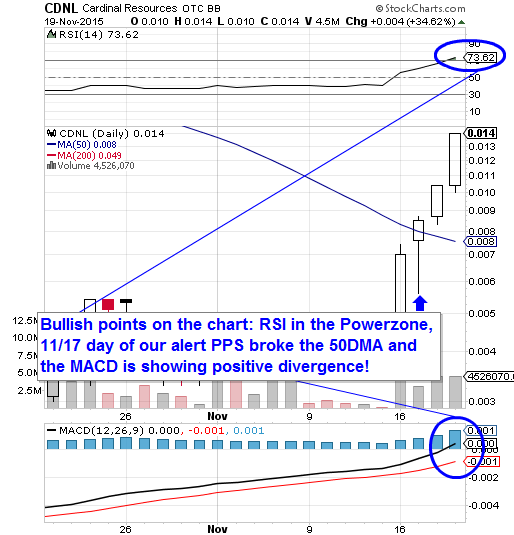 SRPT is gapping up in a big way this morning, and thus we’d like to formulate an options idea to possibly take advantage of the setup we’re seeing.

The stock has already traded as high as $34-range in the premarket, and if it can hold above the 50DMA which we’ve pointed out on the chart below and continue its ascent, we’re going to be very interested in the Weekly $32-35 Calls and their potential for big moves today. 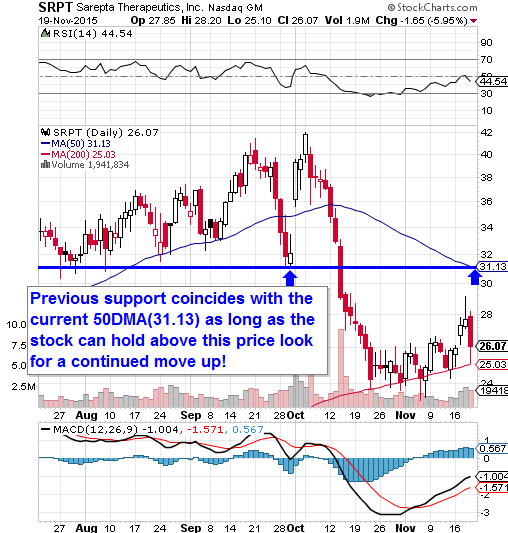 *We always like to remind our subscribers, especially those that have just joined our ranks, of the inherently elevated risk/reward dynamic that comes with trading weekly options contracts on a Friday. As we’ve explained in the past, time-decay starts to become a big factor with expiration coming at the closing bell- premiums evaporate, volatility naturally increases, and some huge opportunities for quick-strike swing trades can present themselves.

We’ve had success with BONT in the past, and recently the stock has taken an epic pounding, culminating in a cliff-diving session yesterday. Whenever we spot activity like this, we go into vulture mode, carefully observing for a bounce signal. A correctly timed bottom here could result in a prime rebound play, so we’ll keep a keen watch over BONT today, and into next week.