Our fresh options idea to kick off the new trading week yesterday utilizing the SPY started off on a good foot. It’s something we always come back to because of the predictable way it behaves and trades.

We designated the SPY 06/19 $289-290.50 Calls as our contracts of interest, and the markets’ activity played into our hands nicely, for a start. Here were the gains that were made possible on the day yesterday:

The SPY is gapping up once again today, and we expect all of these calls to open deep in the money and see new highs. We’re going to continue to monitor these, but also look to roll up and include the $291 and $291.50’s in our watchlist as well.

We’ve got another fresh idea based on the technical setup of the RHI chart, which has been trending up off a double bottom. We see some decent volatility potential, and a topside gap to fill on the chart. This is going to be a longer term idea, which could ultimately turn into a solid recovery play.

We are going to place the RHI 09/20 $55-65 Calls on watch for the weeks and months ahead. RHI most likely wouldn’t even have to fill that gap for us to see results. A run at the 200DMA or even 50DMA would likely produce significant gains in those contracts. 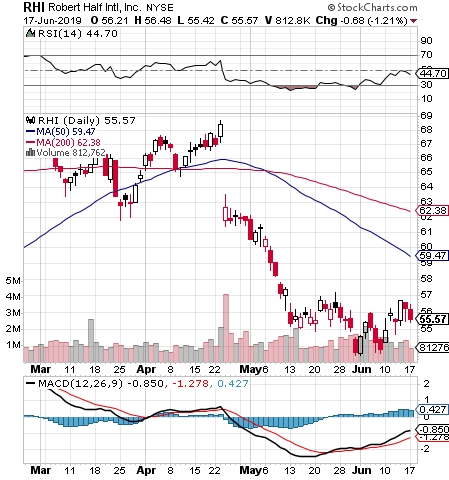 Twitter posted its quarterly figures showing the company was nearing profitability, so we took the opportunity to signal a range of options, and what followed was Twitter’s biggest bullish session since last year, and some great chances for gains in our designated contracts, the TWTR Weekly $18-19.50 Calls.

*Never trade options with a weekly expiration on a Friday unless you’re an expert trader with disposable funds. It’s just about as risky as it gets.

We’ve been tracking ITUS since September 21st, subsequent to which point we witnessed a really great move in the stock from 1.92-5.15 for gains of up to 168% over just a few sessions.

In the past few weeks ITUS has been under consolidation, but yesterday the stock came down and kissed the 50DMA before bouncing. It’s gapping up this morning in the premarket, so we’ll want to watch closely for it to hold the 200DMA of 2.19 on any pullbacks. If it can manage that, we like the chances of seeing what could be more sizable moves for the stock in coming sessions.

U.S. Stem Cell, Inc. USRM  -We caught USRM for some nice gain opportunities a couple of weeks back. We had initially begun tracking this play after mentioning it on the morning of February 27th. Subsequent to that, we had witnessed an impressive run from a low of .014  to .0545, for a 289% gain in a span of just two sessions.

That was followed by an expected period of consolidation, but it appears as if USRM has found support at .0175. We’re going to want to return to monitoring this play more closely on the chance that it could be gearing up for another run. If it produced a move even a fraction of what we saw before, it will be worth its slot on our watchscreens.

Iconic Brands, Inc. ICNB – Speaking of familiar plays that could be in line for a rebound in upcoming sessions, we want to swing back around to ICNB this week. We had tracked this one to some decent gains after tagging it for observation on January 24th. Following that, the stock would trade in a range from .018 up to .0339, a respectable move of 88%

But like the above-mentioned stock, after its run, it basically underwent a big-time consolidation which lasted nearly a whole month. That brings us up to yesterday, when we noticed ICNB giving off something of a rebound signal. We’ll go back to watching more closely in the next few sessions.

ARLZ has been falling off a cliff this week, and despite the fact that it may yet have further to fall, we’re going to want to begin monitoring it as it attempts to sniff out a solid support level. There could definitely be some opportunities waiting for traders that can properly time the recovery. 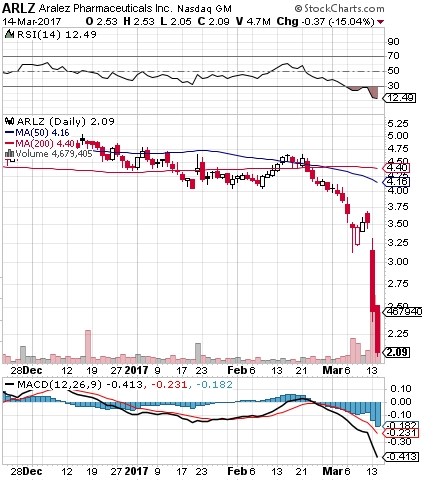 Apart from some quick chances for early gains yesterday, our freshly formulated options idea for JNUG may need some time to mature. That’s why we chose an expiration date a couple of weeks out. We’ll continue to have the JNUG 03/31 $7-8 Calls on our radars moving forward.