We brought GWPH back for an update just in the nick of time yesterday, as the stock would go on to have a great session, running slightly over 12% from 81.12 to 91.10, which allowed the Options Calls we were tracking to make some incredible moves. If you refer to yesterday’s report, you can see that we radared the $80-85 Calls, and anyone who followed us into the fray was handsomely rewarded!

DDD exploded off of yesterday morning’s Extended Watchlist, wherein we tagged the $52-53 Calls. The stock subsequently traded in a range from 51.65 – 54.58 (+5.6%) which opened up the door on another set of winning options plays.

Both this and the previously mentioned play are excellent examples of why we’ve branched out from just tracking the stocks themselves, to mentioning so many Options opportunities. The gains are often very impressive, and have become a staple in our day-to-day trading activities.

After tracking SWET over the previous few sessions to gains amounting more than 20% we continued to like the look of the chart yesterday morning, putting it in our daily report. The stock pushed its upper boundary once again, this time hitting a high of .027.

Congrats to anyone who has been able to take advantage of our timely alerts on this play!

CNAT is a stock that we first discovered as an FDA play back in early December, when one of the company’s treatments had been granted orphan drug status.  At the time, the stock was trading at less than $5 a share, and by January, we saw a huge run that took it over $14.

It brought a few other swings in the following months, but had fallen to the back burner for quite some time as it consolidated. Yesterday it set off our alarms once again, springing back to life and running hard on heavy volume, so once again CNAT has our full attention.

After reaching as high as 9.90 during yesterday’s session, we’ll be on the lookout for possible dip-and-rip opportunities. We’d like to see support hold in the 8-8.50 range moving forward and if it can do that, chances to score quick strike gains on the bounce could be present.

The PBR options chain has been a veritable cash cow for us this year as many of you already know, and we’ll continue to talk about it for as long as it continues to work in our favor. Yesterday was no letdown, as

All of the Call contracts that we’ve been monitoring ($14-15 Weekly Calls and the 07/19 $15 Calls) have been rocking, providing us with several shots at alarmingly high returns.

If PBR breaks over this morning’s pre-market high of 15.90, we may look to roll our strike price up to $16 (Possibly the 07/03 $16’s which closed @ .36 yesterday) and with how far the latest trend has taken us, we wouldn’t be too surprised to see that happen.

The TAP October $75 Calls showed an abnormal amount of trading activity yesterday, causing us to raise an eyebrow. Just for good measure, we’re going to throw those contracts up on our radar and monitor the situation. 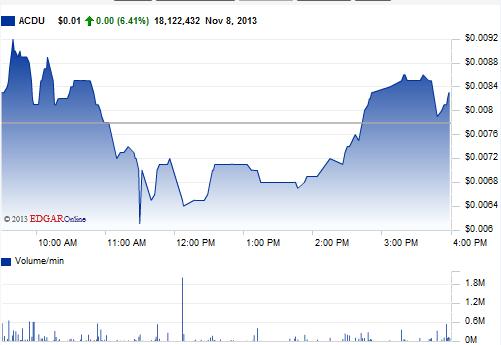