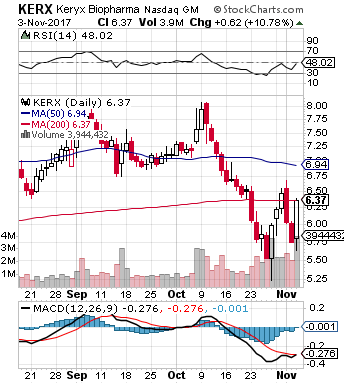 At the end of last week, we signaled some calls in AAPL, one of which ran over 3500% on Friday. Following the company’s earnings beat this week, we’ve got another set of options ideas to track as AAPL has streaked to new annual highs.

With its premarket peak coming in at the $175-range, we’re going to want to monitor the AAPL Weekly $170-175 Calls* for potential daytrades.

In addition to a healthy earnings beat, Apple the iPhoneX is going on sale. These are just the types of conditions that could allow it to continue to streak into blue skies.

*Please note that trading weekly options on a Friday is incredibly risky, and should only ever be attempted by expert traders with disposable funds. If that doesn’t describe you, stay away!

We would also like to look at ANET this morning, which took a gut punch during yesterday’s session. The sharp decline cause the PPS to fall below the channel of a continuous uptrend that had, until yesterday had persisted for most of the past year.

On the chance that it was just a momentary setback, we’re going to highlight some options contracts here as well that could work quite nicely if ANET can recover. We’ll have our eye on the ANET 11/17 $195-210 Calls.