We’re kicking off this new trading week in typical fashion by highlighting the performance of the fresh options ideas we put forth in Friday morning’s premarket report. Our pair of targets that were set to expire on the day were clear cut runners- specifically the FDX Weekly $275-280 Calls and the MP Weekly $40 Calls.

In both cases, Friday’s session brought major moves in the stocks themselves, which facilitated some incredible intraday gain possibilities for ourselves and our subscribers. Those fantastic multi-bag runs were as follows:

We’ve got to swing back around to NWGC as well, a stock which we alerted back on March 4th, subsequent to which it saw shares change hands for as little .002.

This month has brought mostly positive progress for NWGC, which on Friday broke in Pennyland and set a new high of .0119. That works out to a 3-week run of 495%

We took notice of some of last week’s biggest losers, with ALX Oncology Holdings, Inc. ALXO and Nurix Therapeutics, Inc. NRIX which both fell off of a cliff on Thursday and Friday.

Whenever we notice massive selloffs like this, we begin to wonder at what point the consolidation becomes untenable. That’s when we place stocks on bottom watch and monitor them for potential reversals, because the volatility from such situations often brings us exactly the type of quick strike opportunities we’re after. Stay tuned for the possibility of specific targets on these plays in the days ahead.

We also had a new idea to start the new trading week yesterday morning by spotting and relaying a momentum play that had built a nice looking chart over the preceding sessions, but still appeared to have room to the upside.

A solid performance followed, as our reliance on the bullish indicators on the chart proved to be well-founded. EGLE still had gas left in the tank and responded with a respectable intraday increase of 31% nearly all of which was held into the close.

The stock has taken that head of steam and breached the one dollar barrier in the premarket this morning, so we’ll be very interested to continue monitoring its activity as the market opens up today.

We were just updating our readers yesterday morning on SFOR, a stock which we introduced to our reports on March 31st at a low of .0007, that had already made impressive gains to the tune of more than 150%

The stock’s single day performance would nearly equal that yesterday, as it bulled its way higher throughout the entire day. It traded up from an early low of .0014 and went on to hit .0034, which worked out to a 143% intraday rip, and came on more than ten times the 3-month average volume.

From our observed low of .0007 from two Thursday’s ago, yesterday’s high translates into an overall 386% move to the upside!

We prepared a video presentation outlining the highlights of both EGLE and SFOR which you can find here: 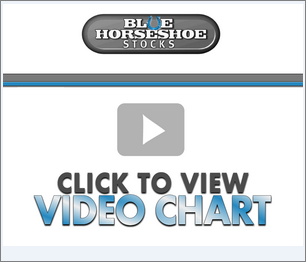 We’ve talked about GEVO in our reports before, and this morning the stock is catching our attention once again after appearing in the news with an exciting revelation.

In addition to a door swinging open for its ATJ product, GEVO also happens to be in a good place on the chart, so we’ll definitely be putting this stock on intensive watch in sessions to come. 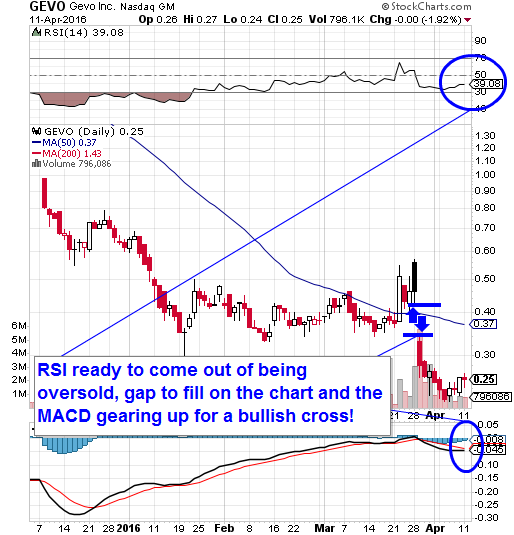 Added Note: Another stock which has begun to trend up off of its bottom is Rex Energy Corp. REXX, which caught a wave of momentum yesterday as it was announced that REXX had entered into a lucrative purchase agreement that will send its natural shale gas to Europe. The stock is gapping up again this morning, so we’ll be placing it our on radars as well.