Our incredible run of quick-strike options success continued on Friday, and continues to be an ongoing source of pride for us, not to mention a golden opportunity for our followers. As a matter of course, we formulated several options ideas based off of Friday earnings reports, which were spread across the CL, AZN, and ABBV chains.

Out of twelve possible strike points, we hit on eleven winners. Our specific targets were the CL Weekly $80-81.50 Calls, the AZN Weekly $52-53.50 Calls, and the ABBV Weekly $110-113 Calls. Every contract set, exception of the CL $81.50’s, produced impressive intraday profit chances. Those lofty figures were as follows:

Following up with our fresh options ideas from yesterday morning’s premarket report, we already saw some nice moves in the SPY Weekly $324-325 Calls and the AAPL 10/09 $105-106 Calls and, chances are, we are going to see some further increases today as well.

We are going to place ENTB on a bottom watch today after noticing a large Form-4 purchase toward the end of last week. A company director picked up an additional 1.3M shares at $28. Right now ENTB in trading in the $25-range.

This is an example of the kind of play we put on a longer term watch, despite most of our ideas being based on quick-strike opportunities. 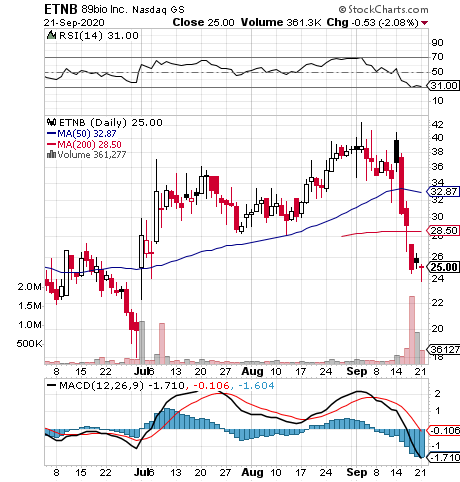 Netflix, Inc. NFLX – We persisted in tracking the NFLX options idea that we formulated on Tuesday for the remainder of the week, and they ended up performing great yet again on Friday.  If you recall, our designated targets were the NFLX Weekly $117-120 Calls, and they didn’t have a down day all week.

The following figures indicate the lows we observed on Tuesday morning, and the subsequent highs reached during Friday’s session. What we were faced with were four incredible intraweek increases:

McDonalds Corp. MCD – Our highlighted range of MCD Weekly $113-115 Calls was fresh for Friday’s session, and it bore fruit as well. While we didn’t sweep the range in terms of hefty gains, the $113’s in particular did provide a nice chance to profit on the day.

Subsequent to the alert we put out on AGTK last month on the 14th, we would observe an overall low of .003, and the stock has never fallen below that level since. In fact, what began as a subpenny play, has rumbled its way to multiple pennies after a fantastic performance last week.

Running to a new high of .0298 on Friday, the stock registered an overall increase of 893% over our observed low, and with a strong close at .028, we’ll be on the lookout for some momentum spillover into this week. The possibility of a dip-and-rip forming on the chart also appears to be a plausible scenario, so we’ll be on our toes watching for that possibility as well.

AGTK is also a part of the cannabis sector, which of course we’ve been watching more intently, and plan to continue doing so leading into election day the week after next.

This is another familiar play for us, and we want to tag it for closer observation again this morning on the strength of both a fresh PR hitting the wires along with an attractive technical setup on the chart.

As you can see below, the stock has recorded a higher low in each of the last five sessions since coming off a bottom, and indicators suggest that things could heat up for this play at any time. We’ll keep an eye peeled. 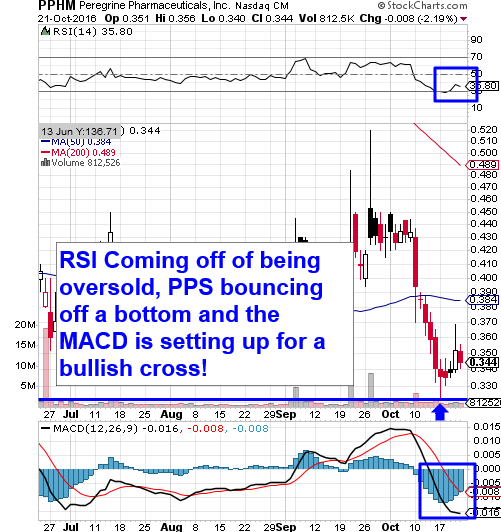