The first thing that jumped out at us during this morning’s routine scans was a stock we’d classify as a prime bottom-play opportunity.

Additionally, the company itself deals in sourcing zinc from recycled materials, so there’s the added variable of zinc prices being on the rise in recent weeks, to the tune of nearly a ten-cent swing. 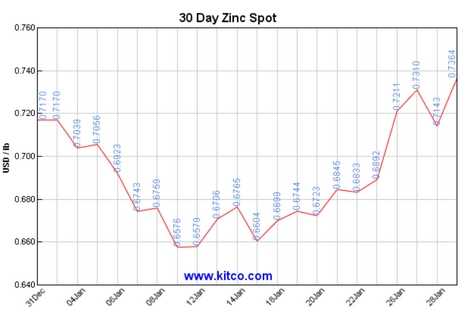 As for the ZINC chart itself, we’ve highlighted below the various aspects that we find attractive for the stock’s short-term recovery prospects. It has been bouncing off of its annual lows, and is currently giving a strong impression of being oversold. We’ll be very interested to track the stock’s progress in coming sessions. 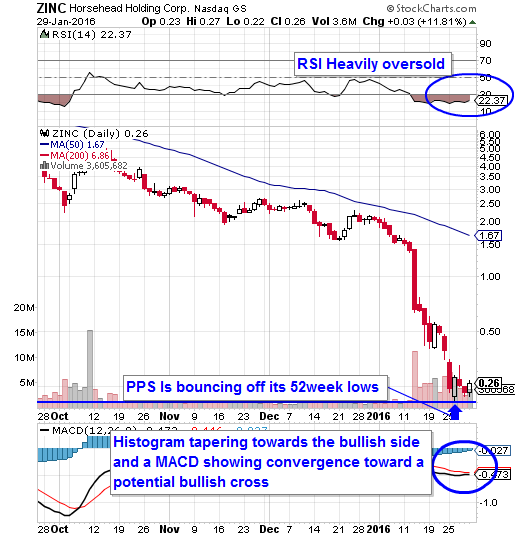 ASTI is soaring in the premarket on the strength of an impressive Q4 earnings release, which demonstrated a 90% quarter-over-quarter increase in revenue.

We’re going to place the stock on watch for the possibility of an early dip caused by profit-takers, followed by a subsequent bounce.

We’ve had tremendous good fortune with this stock in the past, with our most recent call coming in September when we followed it from the .10-range all the way up to .30.

We also want to radar HPTG this morning, a familiar stock that we most recently discussed in December. It has strung together a few solid sessions, and is in the midst of forming a golden cross of the 50DMA over the 200DMA on the chart.

We’ll want to keep an eye peeled for the possibility of an extended uptrend here, where there is an established record of volatile swing activity.