Last Thursday morning, we included a tag of YGYI, and today we wanted to swing back around and update readers on the stock’s performance.

YGYI ended up producing a significant dip-and-rip opportunity, coming down to an even 6.00 low before taking off and hitting a high of 10.95 yesterday, in one of its biggest single-session moves of all time. It worked out to an 83% upswing. and put YGYI in blue skies, not to mention grabbing it the top gainer spot on the whole of the NASDAQ.

We also want to circle around for the extended term options plays we selected for observation, also in last Thursday’s report. Those were the EBAY 11/23 $33-35 Calls, and they’ve gotten off to a good start for us so far. In the four sessions since we highlighted these plays, all three have produce gains of a significant nature:

With tons of time remaining until expiration, we’ll be eager to continue tracking these ideas for further moves.

On our routine morning scan today we noticed that EBAY, on Tuesday, registered a new annual low. The stock is at its lowest share price since April of 2017, and as our readers are well aware, we’re always on the hunt for a good bottom-play.

What we typically do in these scenarios, is signal a range of options calls with a moderate amount of time remaining until expiration. In this case we’re going to designate the EBAY 11/23 $33-35 Calls as our items of interest.

As you can see on the included chart, the relative strength is rising and the MACD has begun to converge toward a bullish cross. Coupled with Tuesday’s annual low and a sizable gap to fill on the order of roughly two dollars, and it makes EBAY an attractive bottom-bounce candidate. 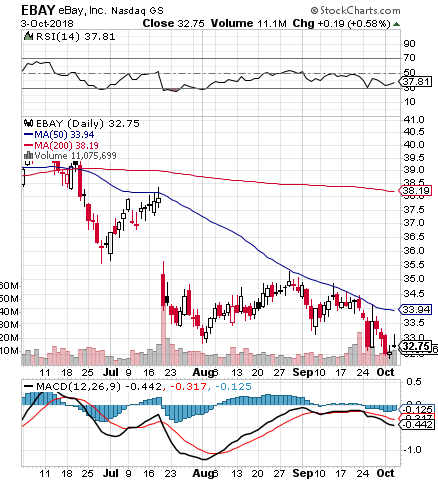 We also like to look for opportunities on the heels of large companies reporting their earnings by highlighting options with weekly expiration, and that’s wjhat we want to do with STZ this morning.

We’re going to track the STZ Weekly $212.50-220 Calls through today and tomorrow’s sessions. 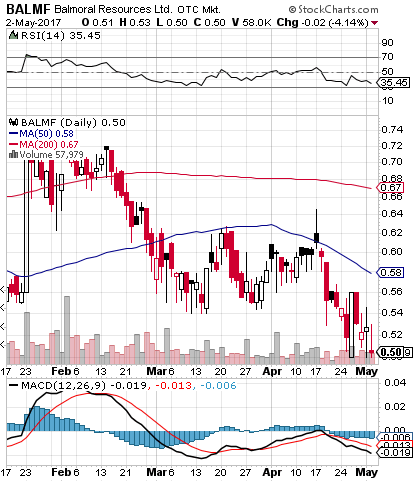